Who We Are
The Book!
Rotary International
About The Project
What We Do
Our three core missions
Telling Our Story
Why We Do It
Water Crisis
Women's Burden
Sanitized Bottles
Where We Work
Calendar Events
How We Get It Done
SunSpring Purification
Why Ultrafiltration?
H2O Water Plant
Rachel Education
H2O Store Participate Donate 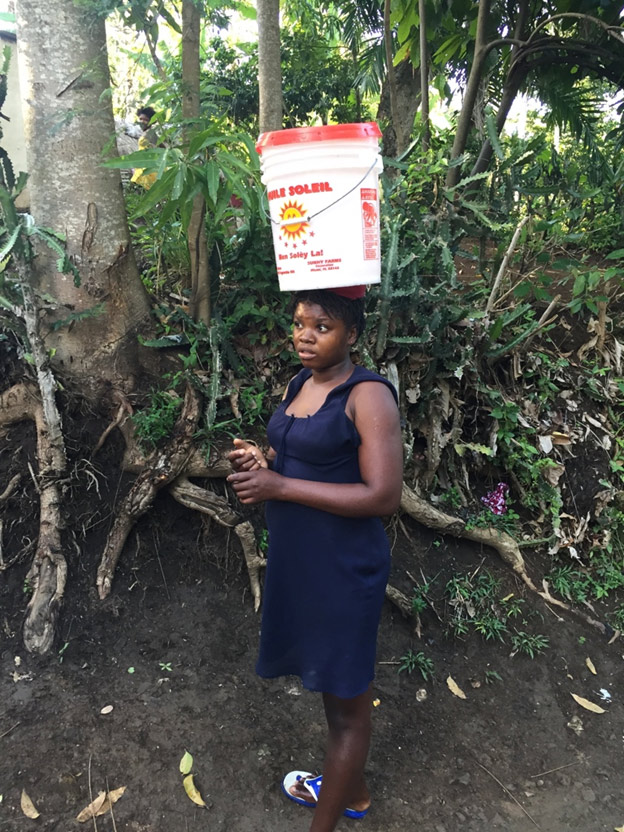 Throughout the world, it generally falls to the women of the village to find and fetch water. The average trek is 6.2 kilometers, carrying heavy containers, and often waiting for hours each day for an allotment, being charged gouging prices. All for water their families need for drinking, washing, cooking, cleaning. Often the water is contaminated, even deadly. In these instances, they face an impossible choice – certain death without water or possible death from illness. So they spend more time back at the village boiling this water or placing it through ancient sand filtration units which fail to make the water completely safe.

Once they are old enough, girls join this effort. It becomes the female role to deal with water most of their waking hours.

Women also struggle most from the lack of adequate sanitation, the often unspoken part of the water and sanitation crisis. The sanitation crisis for women can be summed up in one word: ‘dignity.’ Around the world, fewer than one person in three has access to a toilet. In many countries, it is not acceptable for a woman to relieve herself during the day. They wait hours for nightfall, just to have privacy. This impacts health and puts their safety at risk. About half of all girls worldwide attend schools without toilets. The lack of privacy causes many girls to drop out when they reach puberty.

The dual aspects of the water crisis – lack of water and of sanitation – lock women in a cycle of poverty. They cannot attend school; they cannot earn an income.